There are often conflicts that can make it easy for executives to be skeptical of IT managers. Toby Malbec draws on his 30+ years of experience in restaurant IT, including time spent as the director of POS for IPC/SUBWAY, to provide a first-hand—and often humorous — look at some of the most common reasons executives don’t trust IT managers, and along the way provides some guidance for course correcting. This week Malbec shares the first five of ten issues that can sometimes stand in the way of true synergy between IT and upper management.

It’s part of technology culture to speak in acronyms; it is almost coveted to try and complete a sentence without ever using a real word. In a culture dominated by VoIP, TCPIP, SAN, SAAS, XML, and other incomprehensible jargon, it is no wonder that the executive looks with concern (read: fear) when the director of IT begins to banter enthusiastically about the latest project. To deconstruct these incomprehensible feats into plain terms is almost demeaning; the idea that the accomplishments being made by the IT group can be understood by those outside of the fraternity is blasphemous.

The reality is, when the task is translated into English and shared with management, it doesn’t sound quite as scary anymore. To effectively communicate, the IT group needs to recognize that there are no points earned for speaking in a foreign language.

Following in the footsteps of the Acronym Obfuscation comes the huffy breath eye-roll; it is taught in every technical program as the reflexive response when an executive dares to ask questions about why the company needs to spend a million dollars to make this do-hicky talk to that do-hicky. The attitude seems to suggest that management’s understanding of what IT is doing and how they are spending the company’s money is secondary to the opportunity to brag on geek blogs about the amazing work being done. Realize, however, that engaging sage business people to help define the problem can lead to an easier and less expensive solution.

8. Resources can be scarce

Whether it is funds, people, or time, nothing comes quickly or inexpensively, but unfortunately some executives perceive IT as a black hole that sucks people, money and time out of the organization. It is often with trepidation that other managers approach the IT group with a project since they know the answer is never a simple “yes”. This request, they fear, will begin a complex process involving a feasibility study, the formation of a committee, a requirements gathering session, a formal bid process, price negotiations, a proof-of-concept, and perhaps shortly before the employee retires, a deployment of the solution. Help reduce this roadblock by keeping resource requests clear and reasonable.

These five words are verbal Kryptonite to the IT Manager; when uttered it causes visible pain often followed by a wave of nausea and irrational emotional babbling often sounding like the technologist is speaking in tongues rather than rationalizing the level of effort.

Akin to your doctor charging $50,000 to fix your broken arm since they know the insurance company will offer up $5.00, distrust can make it impossible for a reasonable conversation to be had over the true complexity of any project, from the most simple to the unbelievably complicated.

It has become vogue in this age of radical entrepreneurialism to not let the completion of a project get in the way of having already “put it out there.” Every time you pick up an autobiography or interview with maverick movers and shakers, they extoll the virtues of not waiting until something is fully baked before trying to out in the marketplace, and that the experiences gained from this exposure are exponentially more valuable than having the team back at the corporate office polishing the cannon-ball.

Note to management: this theory does not work in the IT world. Unlike most operational business processes that can be modified on the fly or in cases of dismal failure reverted to their previous state, IT changes tend to have greater impact and ergo consequence. While the undo key exists in many applications (and even works in some) the business-altering effect of most IT projects can’t be half-installed and then modified based on the whims of the customer. In fact, IT professionals are programmed at an early age to understand the concept of “done-ness:” in other words, what does this application or new feature need to do in order for us all to agree we’ve met your requirements?  The idea that IT can half-develop something, put it into the field, and have a developer and QA team hiding behind the front-desk or bar tweaking the software real time is enough to make the IT managers head cave in.

5. It will always take longer than you say it will

Few IT managers willfully deceive their bosses by deflating the timeline; it is simply that the number of variables associated with many of these projects create so much randomness and chaos that reasonable estimates are very difficult to make.  In some cases management is asking for a timeline when so little is really understood about the scale of the project, the resources that will be available, or even how the new product or feature will be evaluated. Sadly the reality is that they are asked to predict the most when they know the least.

As a result, IT managers will often fall into severe analysis paralysis, taking three months to evaluate a project and then proudly announcing to executive management that the work will take two weeks! Somehow management and IT need to create an unholy alliance; I won’t hold you to a date if you don’t try and sand-bag me. Perhaps over time the trust will grow.

4. It always costs more than you said it would

The second of the ugly little lies; with longer timeframes and more unknowns comes greater expense. Who could have predicted that after looking at the new enhancement to the guest loyalty system that the group needed to hire a contractor from Sweden who is the only known person alive who has ever successfully written an interface to the Glippensplatt system, which is written in some proprietary code using a now-extinct operating system? Absurd as it sounds this craziness happens every day. One could contend that the most valuable tool an IT manager could possess is a crystal ball to evaluate before a project starts whether it will have the intended business value predicted, how much time it will take, and ultimately whether the business impact will warrant the cost. This post-mortem is critically important and one of the reasons that mature IT organizations insist on some form of business justification before expending significant time and money on a project. If executive management has a hard time saying no or prioritizing IT projects with the IT management team, the organization needs to prepare for low productivity, high turnover, and high consumption of Red Bull and Zantac.

3. IT is too often reactive instead of proactive

Most organizations look at IT as a regrettable evil; somebody needs to make sure that the new intern in shipping isn’t downloading a 500 terabyte video of her weekend’s exploits to her Facebook account. We turn to the IT department to be the law, and to police business behavior sometimes to an extreme. Nobody even considers the challenges of this task until the purchasing manager gets heated up because his search for chicken breasts gets flagged as inappropriate. Rarely is IT called on to be a value-add, and to implement business-enhancing applications that generate real revenue or return significant cost savings. This is a challenge; IT managers need to be empowered to be business people. To play this role the IT manager can’t be in a satellite office in a corn field (no deference to corn fields).

TouchÉ. The role of an IT Manager should be more about managing and less about IT. And what should they be managing? People, sure, but what about the business? IT organizations will sometimes slip into a trance where they forget (or neglect to remember) who their customers really are and what their role is in the organization. If an operations department cowers in fear when they need to ask IT for assistance then the IT department is in need of an attitude readjustment. IT Management should be visible to the business, out in the operations, and meeting with its customers and thanking them for their very existence! As a developer once stated, “bugs are job security –“ Without a demand there was no need for supply. Effective IT management is connected to the business, attends operations meetings, and seeks to understand how to add value beyond setting up passwords, replacing printer cartridges, and whitelisting a website here or there. What better way to provide value than to seek to understand the challenges of each area of the operation and look for ways to have technology ease the pain?

IT managers tend to be tone-deaf to executive management in terms of understanding what they want/need to know, and what is, in their minds, irrelevant. The disconnect that occurs here is that the IT manager wants to show off his techno-mojo, extolling how amazing getting that thing to actually communicate real time to that other thing and that it was only possible to do because they were able to virtualize this stuff over to that other stuff.

The real story is what value it brings to the business! Complicated, straightforward, impossible, or ridiculously simple, the point is delivering the message concisely and describing the business challenge, the approach, and how the business will now benefit based on the progress made. Trust me, if they want to know whether that was done through an adept use of visualization, they’ll ask. 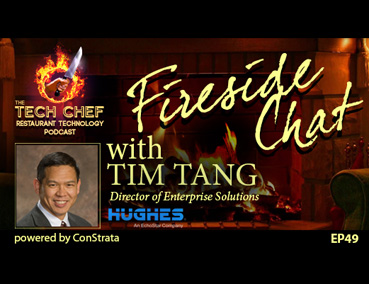 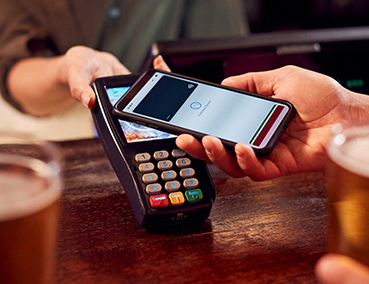 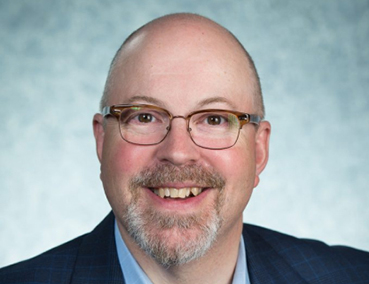